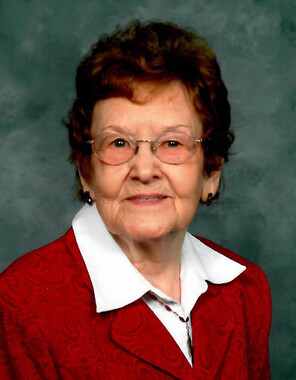 Back to Theda's story

Theda A. "Dee" Boughter, 97, of Lewisburg, died Friday, Nov. 29, 2019, at Heritage Springs Memory Care, Lewisburg.
Born July 7, 1922, in Catawissa, she was a daughter of the late Luke and Clara (Stewart) Sassaman and was raised by her late uncle, Oscar Stewart. On April 15, 1940, she married George N. Boughter, who preceded her in death Sept. 30, 2011. Together they celebrated 71 years of marriage.
Dee was a 1939 graduate of Watsontown High School. She worked as a secretary for Bucknell University. Dee also worked as a clerk for Brozman's Department Store and would later retire from Wagner's Stationary, both in Lewisburg.
She was a member of Brookside Ministries Church, Shamokin Dam.
Earlier in life, Dee was a member of the Milton Chapter No. 77 Order of the Eastern Star.
In her free time, she enjoyed painting and completing word-find puzzles.
Surviving are three sons and daughters-in-law, George III and Karin Boughter of Colorado, Barry and Connie Boughter of Lewisburg, and Ty and Crystal Boughter of Texas; one daughter, Beverly Hoffman of West Milton; eight grandchildren and numerous great-grandchildren and great-great grandchildren.
In addition to her parents, uncle and husband, she was predeceased by one brother, Paul Stewart; two sisters, Dorothy Renn and Dorothy Stein; and one son-in-law, Alan Hoffman.
Friends and family will be received from 6 to 7 p.m. Thursday, Dec. 12 at Brookside Ministries Church, 11 Stetler Ave., Shamokin Dam, where a funeral will be held at 7 p.m. with her minister, Pastor Jerry Helman officiating.
Burial will be held privately at the convenience of the family in Lewisburg Cemetery.
If friends so desire, memorial contributions in Dee's name may be made to either the American Cancer Society, Lycoming Unit, 1948 E. Third St., Williamsport, PA 17701 or Hospice of Evangelical, 235 Hospital Dr., Lewisburg, PA 17837 or Brookside Ministries Church, 11 Stetler Ave., Shamokin Dam, PA 17876.
The family is being assisted by Cronrath-Grenoble Funeral Home, South Second and St. Louis streets, Lewisburg.
Expressions of sympathy may be shared at www.cronrathgrenoblefuneralhome.com
Published on December 9, 2019
To plant a tree in memory of Theda Alice Boughter, please visit Tribute Store.

Plant a tree in memory
of Theda

A place to share condolences and memories.
The guestbook expires on March 08, 2020.