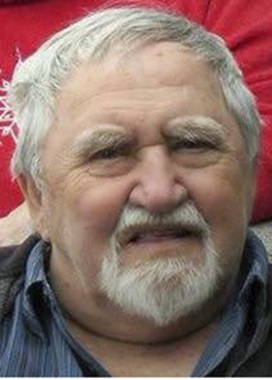 Back to Stewart's story

Stewart W. "Sonny" Haines Jr., 79, of Woodward, passed unexpectedly from this life on April 7, 2016. He was born May 30, 1936, in Woodward, a son of the late Stewart W. Sr. and Helen E. (Coble) Haines. On April 14, 1957, he was united in marriage to the former Shirley L. Stover who survives at their home. Sonny was a graduate of the East Penns Valley High School and proudly served his country in Germany as a member of the Air National Guard. He retired from Gettig Pharmaceuticals in 2002 with 30-plus years of service. Sonny was a member of the Woodward POS of A, the Old Fort Masonic Lodge 537, and the Trinity United Methodist Church in Woodward where he served on the church council. He was president of the Woodward Cemetery Association. For many years he and his wife had concession stands at the Grange Fair. Sonny loved the outdoors, especially hunting and fishing. He took Shirley fishing the first time before they were even home from their honeymoon. In the summer time he enjoyed raising blueberries and he also raised and sold Christmas trees from his family tree farm. In addition to his wife, Sonny is survived by one daughter, Deneene R. Klinger (Troy), of Riverside; two sons, Kent A. Haines (Lisa), of Aaronsburg and Scott M. Haines (Jennifer), of Mifflinburg; and six grandchildren, Alex Haines, Katie Haines, Ben Haines, Elaina Klinger, Jonis Haines and Evan Klinger. Family and friends will be received from 10 a.m. to noon Saturday, April 16, at Trinity United Methodist Church in Woodward, followed by a memorial service at noon with Pastor Chris Lutz officiating. Contributions in memory of Sonny may be given to Trinity UMC, c/o Peg Huey, P.O. Box 134, Woodward, PA 16882, or to The Hope Fund of Penns Valley, P.O. Box 427, Centre Hall, PA 16828. Online condolences may be sent to the family at stevenrnefffuneralhome.@verizon.net.
Published on April 9, 2016
To plant a tree in memory of Stewart W. Haines Jr., please visit Tribute Store.

Plant a tree in memory
of Stewart

A place to share condolences and memories.
The guestbook expires on July 08, 2016.

Restore the guestbook to view the 3 more posts by family and friends, and share a memory or message of condolence of your own.