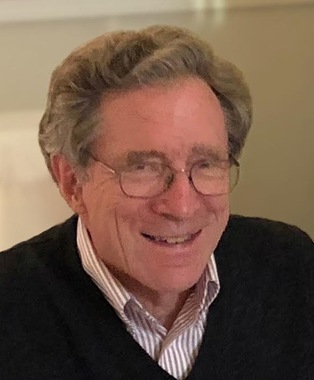 Back to Stephen's story

Stephen Paulmier Jacobsen, 77, passed away peacefully at RiverWoods in Lewisburg on Thursday, December 5, 2019, after more than a year's illness.
He was born January 23, 1942, in Trenton, New Jersey, a son of Irvin S. and Dorothea (Paulmier) Jacobsen.

He graduated from Neptune High School in New Jersey in1959, and Montclair State University in 1963. He earned his PhD in physics from Northeastern University in 1973. He taught physics and other sciences at Lewisburg Area High School (1972-1995) and was an adjunct instructor at Bucknell University. He was also a visiting physics teacher at Ida Scudder School in Vellore, Tamil Nadu, India.

Steve was a passionate advocate for peace, justice, and nonviolence, working with many different local, national and church organizations. He was a founding board member of the Lewisburg Prison Project (1976); co-founder of the Lewisburg Listening Post (1977); and founding member and for several years chair of the board of Project IMPACT, 1985-1995 (facilitating visits and communication for women with their children at the State Correctional Institution in Muncy). From 1996 to 1999, he was business manager (and later board member) of the Baptist Peace Fellowship of North America (Lake Junaluska, North Carolina). From 1999 to 2008 he was deputy director and mediator with the four-county Community Dispute Resolution Center, Ithaca NY. He was a member of the National Council of the Fellowship of Reconciliation and treasurer, 2011-2017. Upon retirement in 2008, he returned to Lewisburg where he was a founding board member and mediator with the Central Susquehanna Valley Mediation Center, 2009-2019.

Steve's work was recognized with several awards, including the following. In 1996 he was named Physics Teacher of the Year by the central Pennsylvania chapter of the American Association of Physics Teachers. In 2012 he received the Peacemaker Award from the Center for Nonviolent Living in Lewisburg. In 2019 he was recognized as Outstanding Volunteer by the National Association for Community Mediation.

Steve enjoyed hiking and backpacking, traveling, studying, and discussing science and important issues with his friends. His favorite place was in the woods, especially near the family's simple cabin near Gaines, Pennsylvania.

A memorial service will take place at his church, First Baptist of Lewisburg, on Friday, December 13 at 2 p.m.

Plant a tree in memory
of Stephen

A place to share condolences and memories.
The guestbook expires on March 06, 2020.

Susan Jordan
Steve was my dear friend and mentor. I am full of love, gratitude and a whole lot of sadness at his passing. I took a picture of Steve over a year ago sitting by the Susquehanna River in our town. We called this bench by the river 'our office.' We would meet there to talk, usually about the deep questions of life, and how they connected to our work at the Mediation Center. Sometimes we would disagree, often we would laugh, and we always spoke the truth. There were times I referred to Steve as my truth teller. I would tell him my crazy ideas and he would give me his honest thoughts. Then we might spar a bit, workshop them together and dream of what was possible. We shared books, articles and... podcasts. We shared a love of nature and a deep belief in the worth and dignity of every human being, without exception. Steve said he felt peaceful and curious about death. I'd like to spar with him on that right now. His loss is a profound one for me and I will miss him terribly.Read more
Kelly Pavey Curtis, LAHS class of 1985
Dr. Jacobsen was a great teacher, even though I never really understood physics. I still don’t, so it’s no failing on his part that I couldn’t understand it. He made me feel comfortable as a new student in a small town, and I’ll never forget his kindness.

I do have a funny story about him. Marni Baker Stein and I were at a high school dance and we had driven Dr. Baker’s car to the dance. Some boys thought it would be funny to put chickens in the car during the dance. Of course we freaked out, when we discovered them! But Dr. Jacobsen stayed calm and rescued us by taking the chickens out of the car and home with him. I’ll never forget that! ❤️ Rest In Peace, Dr. J!
Elayne Sobel
Steve was such an integral part in the creation of the Central Susquehanna Valley Mediation Center (CSVMC) with my late husband, Allan. I truly believe I can speak for all of us at CSVMC that Steve's presence and teaching will be missed. Thank you, Marion, for sharing him with us for the past 10 years.
David Garinger
I was so shocked to find out about Steve’s passing. He and Marion played such a huge role in helping me survive my high school years in Lewisburg in the 1970’s. He was not only my Physics teacher, but was also my mentor. My heart and prayers go out to you Marion.
Sincerely, Dave
View all