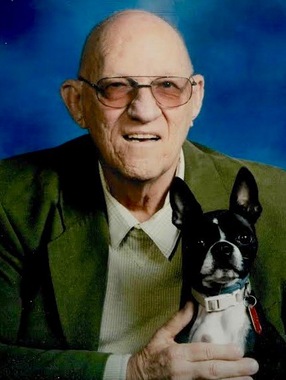 Back to Robert's story

Chic was a 1960 graduate of Mifflinburg High School.

He served in the US Navy on the USS Chilton and USS Spiegel Grove from 1961 until his honorable discharge in 1965.

Chic was a member of the Mifflinburg Church of the Nazarene.

He enjoyed camping, woodworking, and spending time with his family, grandchildren, and his puppy, Princess Victoria.

Family and friends are welcome from 10 a.m. to noon, Saturday, Jan. 4, 2020, at Mifflinburg Church of the Nazarene, 12 Market St., Mifflinburg, where a memorial service will be held at noon with the Rev. Wayne Krell officiating.

Leave your condolences online at www.rouppfuneralhome.com.
Published on December 2, 2019
To plant a tree in memory of Robert E. VonNeida, please visit Tribute Store.

Plant a tree in memory
of Robert

A place to share condolences and memories.
The guestbook expires on March 01, 2020.