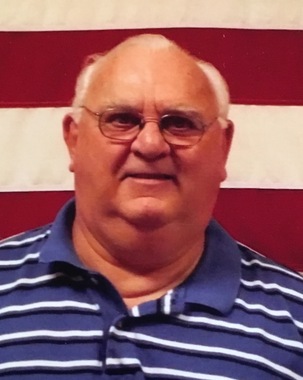 Back to Rev. Thomas's story

Rev. Thomas E. Adams, Jr., 76, of Middleburg, went home to be with the Lord on the morning of Feb. 15, 2020, at his home.
He was born July 6, 1943, in York, a son of Dorothea J. Adams of York and the late Thomas E. Adams Sr. Tom spent 55 wonderful years being married to his best friend, the former Shirley J. Clark. Tom and Shirley married on Oct. 17, 1964, at the Christian Missionary Alliance Church in Mount Clemens, Mich.

Growing up he learned to make crab cakes from a local establishment and sold them throughout the York area along with his newspaper route. He passed the love of making crab cakes along to his daughter and grandsons. Throughout his teenage years he enjoyed drag racing his Chevy and dancing, where he won several jitterbug contests.

Upon graduating from high school, he joined the Air Force, where he was first stationed at the Selfridge Air Force Base in Mount Clemens, Mich., and where he also met his wife of 55 years. After being married for a little more than two months, he was deployed to Taiwan during the Vietnam War where he served 16 months at a water treatment facility.

After serving six years in the Air Force, he was called by the Lord to become a minister where he started his long educational journey to become an ordained minister. Upon earning a bachelor's degree from Messiah College and a master's degree from Lancaster Theological Seminary, he started his full-time ministry at the Newport United Methodist Charge in 1972. Throughout his 48 years as a minister, he served 17 churches as their pastor including the Delta United Methodist Charge, the Penns Creek United Methodist Charge, the Paxinos UCC Charge, and the Richfield UCC Charge. He was currently serving at the Faith Community Church in Middleburg, where he served for 20 years. In his spare time he did auto body repair at Adams Auto Body, which he owned and operated for many years.

Tom loved spending time with his family every chance he had. He spent most of his summers tending his large garden with his daughter and her family and always shared the harvest with his friends and neighbors. He enjoyed hunting with his grandsons Jeff and Kevin, playing the guitar at home and in church, and driving his Mechron around his property. Tom was an easy going person, who lovingly gave everyone a hard time.

In addition to his wife and mother, he is survived by one daughter, Susan Seebold and her husband James of Middleburg; two grandsons, Jeffrey and Kevin Seebold, both of Middleburg; one grand-pup, Sparky; two sisters and brother-in-law, Sandra Emswiler of York, and Dorothea and Chuck Campenella of Sunnyvale, Calif.; one brother and sister-in-law, Kenneth and Cynthia Adams of Harrisburg; and many cousins, nieces and nephews.

In addition to his father, he was preceded in death by one brother, Richard Adams; and two brothers-in-law, James Clark and Charles Emswiler.

The family is comforted by knowing that Tom is in the loving arms of our Lord and Savior, Jesus Christ. He will be greatly missed by his family, friends and all that knew him.

A viewing will be held from 10 to 11 a.m. Thursday, Feb. 20, at the Hummel Funeral Home, 574 Hill St., Middleburg, followed by the funeral at 11, with the Dr. Robert Long officiating.
Burial with military honors will be in the Zion United Methodist Cemetery, Middleburg.

Memorials in honor of Tom's memory may be made to the Faith Community Church, 200 Faith Lane, Middleburg, PA 17842.
Published on February 16, 2020
To plant a tree in memory of Rev. Thomas E. Adams Jr., please visit Tribute Store.

Plant a tree in memory
of Rev. Thomas

A place to share condolences and memories.
The guestbook expires on May 16, 2020.

Susan Krock
Please accept our sincere condolences for your loss. We were very surprised and sad to learn of Tom's passing. Your family will surely be in our thoughts and prayers. He certainly was a very kind and generous servant of the Lord. May he rest in the peace and comfort of our Lord, Jesus Christ.
Dale and Beverly Bowersox
We are so saddened by the news of Toms passing but we rejoice in his new place of residence. Our thoughts and prayers are with Shirley, Susan and the grandchildren. Tom served the Lord and he also served his congregations. There is so much gratitude in our hearts for all of the Blessings our family received through Toms love and friendship.
Sharon Dambacher
Condolences from the Clark side, Uncle Tom was such a wonderful man. He was also how I learned the phrase "pulling your leg," he's joking around in pretty much every memory I have of him. I can't tell you how sorry we all are for your loss, sending our love and prayers for Aunt Shirley, Susan, Jim, Jeff, and Kevin.

Janice Taylor-Hipple
Shirley and family. We are so sad to hear of your loss . My Father-Roscoe always enjoyed Church and visiting with you. We always enjoyed seeing the two of you at Perkins and reminiscing. God Bless.
Wendy Zeigler
Shirley & family, I’m so sad. So sorry for your loss. My heart is sad but I’m rejoicing he’s with Our Savior in Eternal Life! Take care and I will continue praying for you all.❤️
Bob and Barbara Shellenberger
We are deeply saddened by Tom's death. We appreciated his service to the Lord and his musical talents as well. We shall miss him very much. We pray for comfort for Shirley and the rest of the family. God bless you all.
Ronnie, Jan and family

Heartfelt Memories was purchased for the family of Rev. Thomas E. Adams Jr. by Ronnie, Jan and family.  Send flowers

Joe and Connie Dorman
Tom was our Pastor at Bucks, Hill and New Buffalo churches many years ago. He loved working with the youth and was always fun.
Samuel Guyer
My heartfelt condolences to the family. Tom would always talk to me when I saw him about my Dad and if I saw him at Applebee's where he liked to eat. I'll always remember painting his autobody sign. He will be missed.
Dorie & Steve Daly
Tom married us 47 years ago, baptized both of our children, and married both of our children. Tom was a good friend and beloved minister. We'll miss his wit, hunting for golf balls, and his laugh. Heaven will not be the same with Tom's entrance, but will be well deserved. God Bless his family.
View all 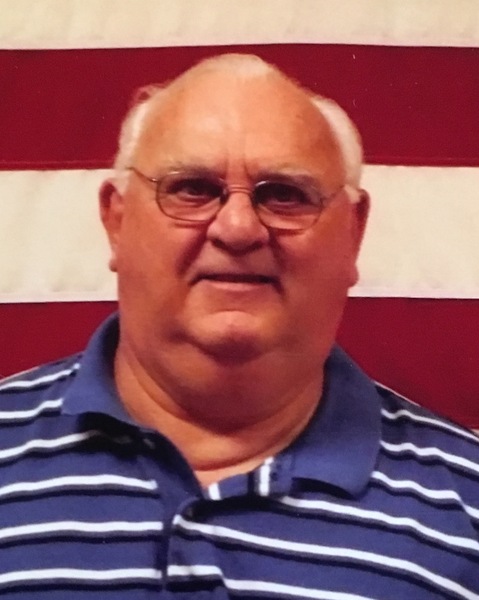