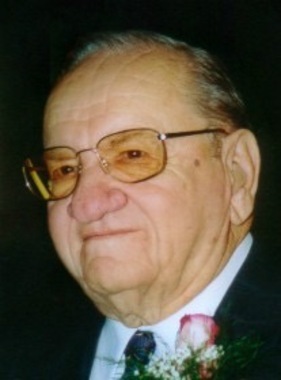 Back to Rev. Malvin's story

Rev. Malvin F. Warntz, 97, formerly of Coburn, passed away Friday, Feb. 2, 2018, at RiverWoods Nursing Home in Lewisburg. He was born May 5, 1920, in Aaronsburg, Malvin, a son of the late Harry S. and Lydia E. (Long) Warntz. In addition to his parents, he was preceded in death by his first wife, June E. (Auman) Warntz in September 2002; his second wife, Roberta A. (Guinivan) Warntz on Oct. 23, 2017; one son, Larry Warntz; brothers, Leroy H. and Carl Warntz; sisters, Lydia M. Breon and Marian Bower; brother-in-laws, Russell Stover, Paul Bower and Walter Breon; and sisters-in-law, Marion Warntz and Hazel Warntz. Malvin is survived by stepdaughter, Lisa A. (Guinivan) Shellenberger (Michael), of New Cumberland; two stepgranddaughters, Megan Shellenberger, of Port Orange, Fla., and Natalie Shellenberger, of New Cumberland; one stepgreat-grandson, Cole; sister, Violet Stover, of Belleville, and numerous nieces, nephews and great-nieces and nephews. Malvin was a 1937 graduate of East Penns Valley High School in Millheim. Following graduation, he assisted his father in farming until 1941 and for a brief period of time he worked at the Millheim Hosiery Mill. Malvin graduated from the Central Pennsylvania Business College in Harrisburg. In March of 1943, he was inducted into the Army and served in World War II with the 141st General Hospital for 23 months in the U.S. and 12 months in England. In 1946, Malvin entered Asbury College in Wilmore, Ky., from which he received a Bachelor of Arts degree with honors. He received his license to preach from the Central Pennsylvania Conference of the Evangelical United Brethren Church in 1948. After graduation, he attended the Evangelical School of Theology at Albright College in Reading, and was awarded the degree of Bachelor of Divinity, and, later the Master of Divinity from United Theological Seminary in Dayton, Ohio. Malvin was a dedicated minister of the United Methodist Church who serviced the Central Pennsylvania Conference for 36 years. He served as the Secretary of Commission on Town and Country Church and as Chairman on the Commission. He was a member of the Board of Missions. He was a pastor of Penns Creed E.U.B. charge from 1950-1954. This included Penns Creek, White Springs, Salem, Zion and St Peters Churches. From 1954-1972 he was the pastor of Burnham E.U.B. (United Methodist Church) charge which consisted of Freedom Avenue, Salem, New Lancaster Valley, St. Peters, and Havice Valley. Later he served Church Hill United Methodist Church in Reedsville. From 1972-1985 Malvin serviced Garden Heights and Lakemont United Methodist Churches in Altoona. He then retired in 1985. In 1987 he was appointed Chaplin for Poe Valley State Park and also for Hemlock Acres. He served this area until 1991. In 1992, Malvin was inducted into the Eckels Society of the United Theological Seminary in recognition of over 40 years of "Faithful Service for Living a Life that Honors God, Christ, the Church and United Theological Seminary". After retirement, Malvin enjoyed traveling to Florida every winter, gardening, golfing, bowling and reading....mostly Biography and Christian Literature. He was a lifetime member of the Millheim Lions Club. He highly anticipated spending a week camping every year at the Grange Fair, where he would meet up with friends and former parishioners from all the churches he served. A visitation for family and friends will be held from 11 a.m. to noon Tuesday at the Trinity United Methodist Church in Woodward, followed by the funeral service at noon with Chaplain Peter Geschwindner officiating. Malvin will be laid to rest in Fairview Cemetery in Millheim. Contributions in memory of Malvin may be given to Albright Care Benevolence Fund, 90 Maplewood Drive, Lewisburg, PA 17837, to Hospice of Evangelical, 235 Hospital Drive, Lewisburg, PA 17837, or to Millheim Lions Club c/o Paula Smith 117 Orpha Lane, Spring Mills, PA 16875. Online condolences may be sent to the family at www.stevenrnefffuneralhome.com.
Published on February 3, 2018
To plant a tree in memory of Rev. Malvin F. Warntz, please visit Tribute Store.

Plant a tree in memory
of Rev. Malvin

A place to share condolences and memories.
The guestbook expires on May 04, 2018.

Restore the guestbook to view the 1 more posts by family and friends, and share a memory or message of condolence of your own. 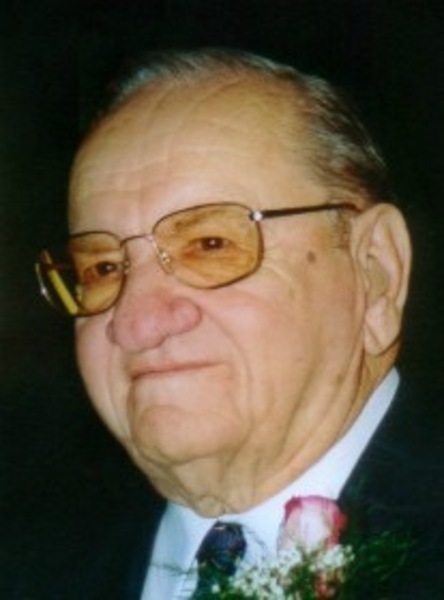