Back to Nicholas's story

Nicholas attended Milton schools.
He was a body piercer working at the Tattoo Shoppe in Montoursville.
Nicholas enjoyed playing his Gibson Flying V guitar, hanging with friends and family and his cat Pierre. He gave great hugs.

In addition to his mother, he is survived by his beloved, Jamie Shanahan: sisters, Kristal Wagner and Kevin of Milton, Wendy Dunlop of Ohio, Cynthia Moore of Virginia, and Vickey Van Sant Darinsig of Reading; one niece, Brittany Laedtke of Richmond, Va., and three nephews, Donovan Wagner, Dylan Bridge, Alex Wagner, all of Milton; and a great-niece, Alannah Bridge of Texas.

Friends and relatives will be received from 2 to 4 p.m. and from 6 to 8 p.m. Saturday, Jan. 18, at the John H. Shaw III Funeral Home, 801 Market St., Lewisburg. At 2 p.m. Sunday, Jan. 19, a gathering at the funeral home for the procession will form for the burial in Highland Cemetery, New Columbia.
The family asks that donations in memory of Nicholas be made to the funeral home to help with expenses.
Published on January 13, 2020
To send flowers to the family of Nicholas W. Hause, please visit Tribute Store.

Send flowers
in memory of Nicholas

A place to share condolences and memories.
The guestbook expires on April 12, 2020.

angel mccarthy
Im so sorry for your loss nick was a great preson to know i was his neighbor for a long time i would clean for him when he asked and mow his grass ganna miss him gramming out on his guitar and having cookouts with him he was like a brother to me he will be glad we missed but never forgotten
William & Angela (Luca) Bouknight & Family
It is with great sadness and disbelief that we mourn the passing of Nick. There are a few people in your life that are so memorable, that you can’t find the words except heartbroken. To the family, we extend our deepest and most heartfelt sympathy and pray that God will wrap his loving arms around you and grant you strength, comfort and peace in the days ahead.
Cindy Miller
Oh Jamie I'm so sorry to hear this. I'm still here for you if you need to talk or a hug and a shoulder to cry on. 🙏🙏
Kristal 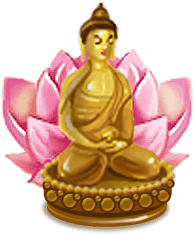 Nicky, We miss you so much. The kids are devastated. They want Uncle Nicky back. You were so full of life, the world is a little darker now that your no longer here to brighten it with that smile. Love you Baby Brother.