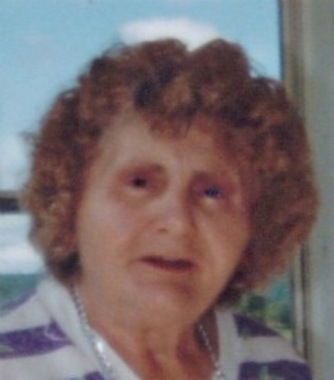 Back to Mary's story

Surrounded by her loving family, Mary E. "Marie" Orndorf, of Aaronsburg, passed from this life at her home on Tuesday, Oct. 17, 2017. She was 91. Born Jan. 12, 1926, in Laurelton, Marie was a daughter of the late William and Mary (Ream) Gross. On Nov. 28, 1942, she married Glenn Clayton Orndorf who preceded her in death on Jan. 10, 1995. Marie and Glenn owned and worked the family farm in Haines Township that has been in the Orndorf family for 227 years. Marie worked alongside her husband to care for the land and her family. She loved gardening, preserving the fruit of her labors, cooking, spending time with her children and grandchildren and visiting. Marie is survived by three daughters, Linda Lepley (Marlin), of Lewisburg, Cheryl Brown (Gary), of State College, and Karen Greenland (John), of Aaronsburg; one son, Glenn Allen Orndorf (Brenda), of Aaronsburg; four grandchildren, Sadie Spicer (Dustin) and Glenn "Junior" Orndorf, both of Madisonburg, and Elizabeth Hays and William Hays; and two great-grandchildren, Victorya K. Spicer, Clayton Allen-Owen Spicer; two sisters, Daisy Lukens, of Maryland, and Dorothy Long, of Camp Hill; and one brother, Richard Gross (Virginia), of Hartleton. In addition to her husband, Marie was preceded in death by one son, Paul Dean Orndorf; and siblings, Thelma, Martha, William, Fred and Lucille. A visitation for family and friends will be held from 11a.m. to 1p.m. Saturday at the Steven R. Neff Funeral Home, Millheim, followed by the funeral at 1, with Pastor Mike Covalt officiating. Marie will be laid to rest in Woodward Cemetery. Contribution in her memory may be given to the Woodward Cemetery Association, c/o Tom or Peg Huey, P.O. Box 134, Woodward, PA 16882. Online condolences may be sent to the family at www.stevenrnefffuneralhome.com.
Published on October 18, 2017
To plant a tree in memory of Mary E. "Marie" Orndorf, please visit Tribute Store.

Plant a tree in memory
of Mary

A place to share condolences and memories.
The guestbook expires on January 16, 2018.