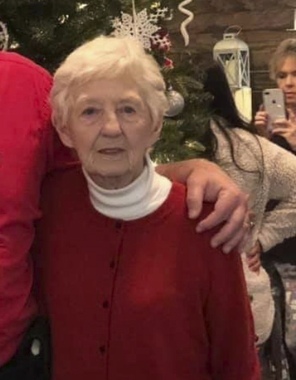 Marlys was a graduate of Oneonta High School in New York.
She was employed as a respiratory therapist at the former Lewistown Hospital and later in retail.
She attended McClure First United Methodist Church during her many visits home and was a member Destiny Church, Gulfport, Miss., where she resided.
Marlys enjoyed spending time with her family, shopping, coloring and her cat, Smudgy.

Surviving are one son and daughter-in-law, Rolland M. and Ruth Southern of Mississippi; four daughters and sons-in-law, Linda and Roger Walter, Lisa and Lee Zechman, Michelle and Lonnie Freed and Mitzi and Lee Royer; three stepchildren, Melinda Meiser, Debra Pyle and Roger Walter; 21 grandchildren; 21 great- grandchildren; and two sisters, Pamela Daniels of Oklahoma and Melanie Miske of New York.
In addition to her husband she was preceded in death by one brother, Rolland C. Lunn Jr.; and one stepson, Robert R. Walter Jr.

Friends and family will be received from 10 to 11 a.m. Saturday, Feb. 15, at the Pheasant Funeral Home, 130 S. Zechman St., Beavertown, followed by the funeral at 11, with Pastor Jim Jacobs and Pastor Kathy Mercado officiating.
Burial will follow in Adamsburg Cemetery.

Send flowers
in memory of Marlys

A place to share condolences and memories.
The guestbook expires on May 11, 2020.

Donald Benner
Was sorry to hear of Marlys passing. We worked together at Gee Bee Dept. Store. What a special lady! She will be missed by all she touched!
View all