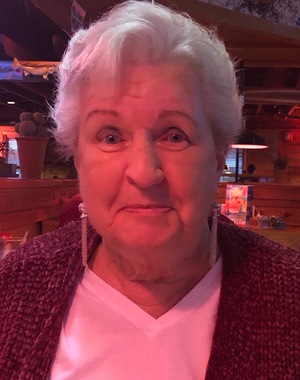 Marcine worked for several local restaurants and retired from Carriage Corner Restaurant after 30 years of service.

Family and friends are invited to the viewing from 10 to 11 a.m. Saturday, Jan. 18, at Adamo's, 16 Walnut St., Mifflinburg, followed by the funeral at 11.
Interment will be conducted privately.

Plant a tree in memory
of Marcine

A place to share condolences and memories.
The guestbook expires on April 11, 2020.

Beautiful in Blue was purchased for the family of Marcine Honore Moyer by Jennifer Batchelder Moyer.  Send flowers

Josh”Sensei”Hurt
Be strong Kim
Debra McFall Ross
Chris, Thinking of you and your family at this very sad time.
Kevin Sauers
Sorry For Your Loss, My thoughts And Prayers Are With You.
View all