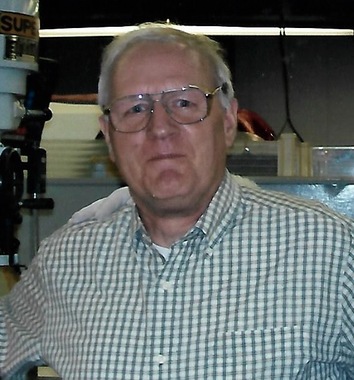 Back to Kenneth's story

It is with great sorrow that we announce the passing of Kenneth R. Klock, 82, of Sunbury, on Feb. 24, 2020, after suffering with Alzheimer's disease for the past several years. Ken was a resident of 105 Woodside Road, Sunbury, but currently resided at Nottingham Village, Northumberland, for the past nine months.
He was born Dec. 30, 1937, in Sunbury, a son of the late Kathryn (Lagosky) and Carl Klock. On April 5, 1959, Ken married the former Shirley Nye, who passed away on Oct. 9, 2019. Prior to her death, the couple celebrated their 60th wedding anniversary.

Ken was a lifelong resident of the Sunbury area. He was a graduate of Sunbury High School, class of 1956, and attended Williamsport Area Community College.
He was employed as a machinist for ForgFlo/Brush Industries for 56 years.
He was of the Protestant faith and a member of Club 300 hunting cabin near Nordmont in Sullivan County, and the Keystone Fish and Game Association.
Ken enjoyed deer hunting with his son and brothers, the Klock hunting gang, and served as captain of the "Pepsi-Cola" hunting gang for many years. He enjoyed fishing locally and salmon fishing in New York state. Most of all, he enjoyed spending summer vacations with his family and fishing at Lake Dalhousie in Canada.
His hobbies included woodworking and watching NASCAR, having attended many races over the years. Ken and Shirley could often be seen walking their dogs daily in Oaklyn.

Ken is survived by two children and their spouses, Lori and John Redell of Wellsboro, and Jeff and Audrey Klock of Sunbury; four grandchildren and their spouses, Josh and Kate Redell of California, Ashley and Cody Bowen of Wellsboro, Brittany Redell of Maryland, and Nate Redell of Wellsboro, currently a student at Lycoming College; one great-grandchild, Savannah Rose Bowen; two stepgreat-grandchildren, Madison and Caden Bowen; his rescue dog from Mostly Mutts, Carly, who now lives in Wellsboro; three brothers and two sisters-in-law, Carl "Jack" Klock Jr., of Sunbury, Randy and Linda Klock of Sunbury, and David and Deb Klock of South Carolina; one sister and brother-in-law, Janet and Jack Neidig of Sunbury; and many nieces and nephews.

Ken was preceded in death by one stepgrandson, Eddie Griffiths.

A viewing will be held on from 10 to 11 a.m. Friday, Feb. 28, at the Jerre Wirt Blank Funeral Home, 395 State St., Sunbury, followed by the funeral at 11.
Interment will be in the Northumberland Memorial Park, Stonington

If so desired, as an expression of sympathy, donations may be made to Mostly Mutts, P.O. Box 387, Sunbury, PA 17801.
Published on February 25, 2020
To plant a tree in memory of Kenneth R. Klock, please visit Tribute Store.

Plant a tree in memory
of Kenneth

A place to share condolences and memories.
The guestbook expires on May 25, 2020.

Merry Marie Milliron-freligh
Sir, In this moment of sadness.. on the loss of my dear Lori's father.. may I congratulate and thank you for raising the most loving remarkable woman I know. God's blessing to my Lori and her wonderful family
Chris Brosious
Jeff, thank you for entrusting us at Nottingham with the care of your dad. He was a sweetheart, who could be feisty, and a bit mischievous at times, but we loved him all the same. He was a resident who will not be easily forgotten, as Ken was a favorite of ours. He will be missed. Prayers to you and your family during this difficult time. With many blessings... Chris Brosious, (LPN at Nottingham,) as well condolences from my parents, Dan and Connie Zimmerman
Kiara Brown, Ford 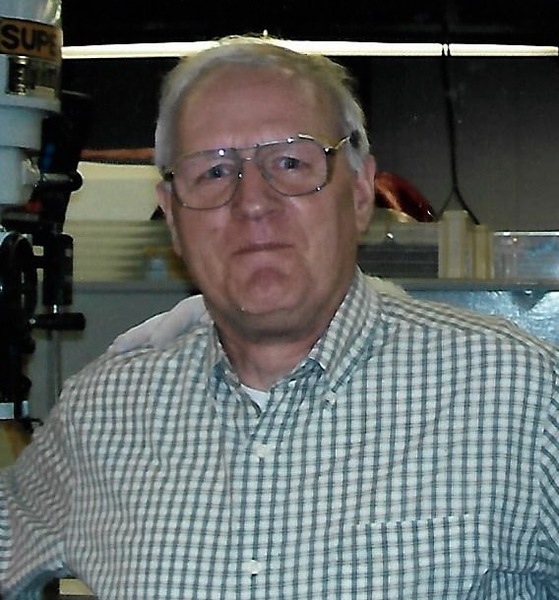