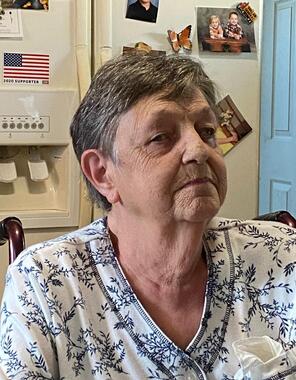 Back to Kay's story

During her life she was employed at the Playhouse in McClure and Kirby Mfg. in McClure. Mostly she was a beloved housewife, mother, grandmother and great- grandmother.
In her spare time she enjoyed playing bingo, doing word searches, sewing, going to yard sales, most of all she was known for her baking.

She is survived by eight children and their spouses, Carol and Jake McKnight, Sharon and Lewis Knepp, Kathy "Cook" and John Morrison, Wayne and Alison Folk, Pamela and Scott Hackenburg, Sherry and Fred Wagner, Brad Folk and Mark Motyl. She was blessed with 28 grandchildren, 23 great-grandchildren and eight great-great-grandchildren; and one brother Matthew Proud.
She was preceded in death by three sibllings, Amelia Ickes, Darlyn Hackenberg, and Patricia Proud; and one daughter, Patricia in infancy.

Send flowers
in memory of Kay

A place to share condolences and memories.
The guestbook expires on May 12, 2020.

Kathy Williams
I always loved your mom and dad. We had alot of coffee together. God Bless you all
Brenda and Ron Neigh
We met her one time when we brought Mark home. She was so nice to us. We have the deepest sympathy for your whole family. Brenda Neigh
Janet Scott
A very special lady. The epitome of wife, mother, grandmother, great grandmother and great-greatgrandmother. Will be sorely missed by her family and friends. Resting peacefully with the love of her life.
View all