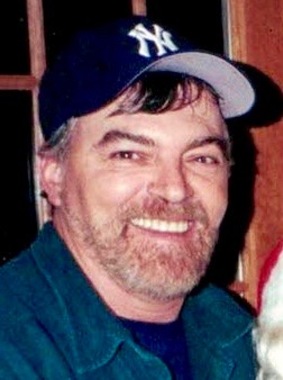 Back to John's story

He was born in Danville on Dec. 30, 1953, a son of Doris Jean Reedy and the late John G. Wertman Sr. He married Cindy (Zimmerman) Wertman on Christmas Eve in 1984. They would have celebrated their 35th wedding anniversary.

He graduated from Danville Area High School in the class of 1971. He worked as a plasma cutter for more than 20 years for Strick Trailers in Berwick.

Lefty did almost everything together with his loving wife, Cindy. He was an avid hunter and fisherman, a volunteer with the Danville Fish Derby, and enjoyed camping at World's End. He played baseball and softball - coaching youth softball and playing fast pitch softball in the Sunbury adult league.

In addition to his father, John G. Wertman Sr., he was preceded in death by a daughter, Lindsey Wertman in 2004.

Funeral services will be held at 5 p.m. Wednesday, Dec. 11, at Brady Funeral Home, 448 Church St., Danville. Friends may visit with the family from 4 to 5 p.m. at the funeral home, and are encouraged to wear casual clothing.

The family will provide flowers.

Share memories of Lefty and messages of support for the Wertman family at www.BradyFuneralHome.com
Published on December 2, 2019
To plant a tree in memory of John G. Wertman Jr., please visit Tribute Store.

Plant a tree in memory
of John

A place to share condolences and memories.
The guestbook expires on March 01, 2020.

Tom Wertman
Several people had a bigger influence on me growing up than anyone knows. Lefty was one of those people even though we never really spent a lot of time together. Just like my father and uncle Jake he had an aura about him I can only compare to people like Evil Knievel, Elvis or "The Fonz", I guess it ran in the family. Most people can only envy his family values as those kind are hard to come by. When you talked with him you always felt important and that your opinion mattered. Whenever anybody would come over to the house to hang out, it was a treat when it was Lefty. He could lighten any room with just his presence. I am saddened that he is gone and that I have not kept in touch with him a...nd his family since I moved. He was a great man and I look forward to seeing him on the other side.Read more
Monica (Knauer) Beyer
Lefty was an awesome person. He was funny and so sweet. He always talked to me in school and after we graduated. He will be missed by many people. Prayers and condolences to Cindy and the family. XOXO ❤🙏
Jim dietz
Great person and loved his sports. Enjoyed playing many games of softball against him. Always had a smile. He will be missed. Blessings to the family.
MaryEllen Ashenfelder
My husband Larry and I are so sorry to hear of Lefty's passing. Our condolences to Cindy and the family. We have many fond memories of fast pitch softball games. RIP Lefty.
Lydia Miller
Lefty was a great person. Lefty and my late husband played ball together and were great friends.
View all