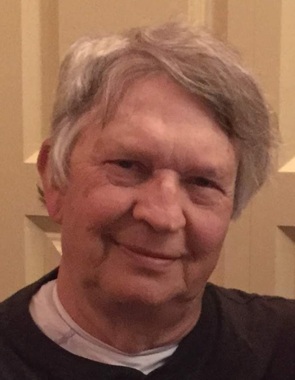 Back to Jeff's story

Jeff Koppel, 73, bid goodbye to family and friends on Jan. 12, 2020, from his home in Mifflinburg.
He was born Franklin Jeffrey Koppel but his older brother chastised his parents for the name Franklin so he was always known as Jeff. His father was the late Arthur Koppel and mother the late Jeannette (Freeman) Koppel. He was a late in life arrival on Sept.19, 1946, with a brother, Kenneth Koppel 15 years older and a sister Adele (Koppel) Roth 20 years older. Both preceded him in death. His dad used to joke that they threw away the parenting books when Jeff arrived.
Jeff often spoke of the unconditional love of his parents in spite of his antics and sometimes trouble he would get into. His was a fun childhood.

Jeff was a special husband, father, grandfather, uncle, and more to his family. He was a beloved friend to many and will be truly missed. All our lives have been richer because of him.

Jeff received his college degree and then masters from Long Island University. His professional career started as a college professor at Juniata College in the early 1970s but he soon found his professional home in the non-profit management world of early childhood education. His career included executive director of Huntingdon Child and Adult Development, director of early childhood services at the Berks County Intermediate Unit and then working with several different government contractors as a management training and technical assistance specialist for Head Start and Early Head Start programs. He used to joke that his last job was the best - listen, give advice, and head home! No problems to keep him up at night.

Jeff married Sharon Gibson in 1992. They shared a love of early childhood management, travel, the same politics, kayaking, biking, cooking, a commitment to animal rescue, a devotion to friends, and wine every day. Jeff and Sharon smiled and laughed and enjoyed each other as two soul mates meant to be together, finding happiness every day.

Jeff made friends easily and nurtured them over his lifetime. He spent his last weeks at home, smiling and comfortable with Sharon by his side and other family and friends visiting frequently. His was an earthly exit as good as possible.

Jeff has one daughter, Allison Koppel Coffey, from a previous marriage, a son-in-law, Matt Coffey, and the sweetest grand daughter, Alexis Jordan Coffey. Alexis visited often and brought unbridled joy to Jeff. Jeff had numerous nephews, nieces, in-laws, cousins and more, some whom he met late in life through family tree research.

Family and close friends spent the last weeks of Jeff's life celebrating his life with him, reminiscing, cherishing Jeff's smiles and witty remarks and offering comfort and companionship. He donated his body to science, one last gift to others. Friends have been sharing memories while Jeff was alive. These memories sustained him and his family as he traveled this final journey.

Donations in his memory may be sent to a charity of your choice. An open house celebration of his life will be planned in the spring at his home in Mifflinburg.
Published on January 13, 2020
To plant a tree in memory of Jeff Koppel, please visit Tribute Store.

Plant a tree in memory
of Jeff

A place to share condolences and memories.
The guestbook expires on April 12, 2020.

Linda Lispi
I'm so very sorry for your loss, Sharon and family. There are so many words to describe Jeff - insightful, kind-hearted, witty, fun-loving, passionate about what he believed. I greatly enjoyed spending time with him at trainings, conferences, NEPA meetings, and visits to our program in Luzerne County. He will be greatly missed.
Alan Goldenberg
I too am another of Jeff's cousins reunited through DNA testing. Jeff and Sharon gave new life and depth to our shared family history. I will miss your gravely voice & hearty laugh. Sharon please accept condolences & best wishes.
Linda Watko
Jeff and I were cousins who hadn’t seen one another since childhood. Through the ancestry programs that have become so popular, we found each other and shared the last few years together, on social media. I loved his sense of family and enjoyed sharing memories of our childhood. Rest In Peace, dear cousin. My sincerest condolences to you, Sharon, and the rest of Jeff’s family.
Kathy Myers
Jeff was a special guy who I will never forget. I loved his wise-ass humor, which seemed to go hand-in-hand with his New Jersey roots. Some of my favorite times ever were those times when Jeff, Sharon, some other mutual friends, and I went to visit bed & breakfasts in Pennsylvania or New York, to eat, drink, cross country ski (weather permitting) and in general just be foolish. I don't know what it was about Jeff, but I just felt so at ease in his presence, and whenever he and I talked, he just seemed to be so totally "there." His was a special light, which will be sorely missed.
Linda Savage
It was truly an honor to share a friendship with Jeff! This guy just had a gift to make you laugh just when you needed it! A class act that will be missed by many! RIP my friend! Hang in there Sharon and Allison ❤️
Sam and Karen Ceccacci
A special man and a great friend will be missed by all who had the chance to know him.
Nancy Brado

Jeff was a natural born story teller and was always ready to share his talent. He was a special friend to my husband, never tiring of telling his "gorilla" story for him. While a thoughtful man, he knew the value of laughter and friendship. He was generous with both.

Rosemarie Richards Clapp
Jeff was a great guy. To know him was a gift. He was calm, positive and had great integrity and intelligence. I am honored to have known him and will treasure memories of him. Blessings to his devoted loving family.
Cindy hess
Sorry for your loss of a great guy sorry allison that I didn't get to see you when you were home take care and hope to see you soon love you cindy
Allison Coffey
My father was the most amazing man! 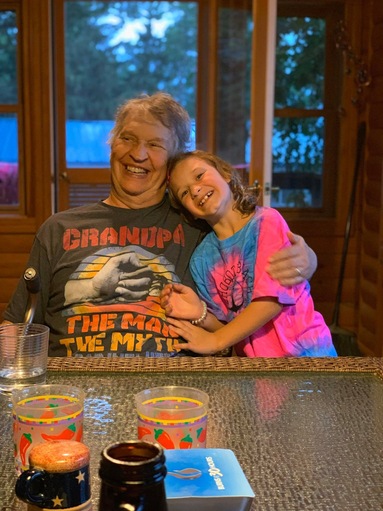 Jo Pepper
Jeff will always hold a special place in my heart and thinking of him brings a smile to my lips. His memory, positive influence on others and impact on the world
will live on.
View all 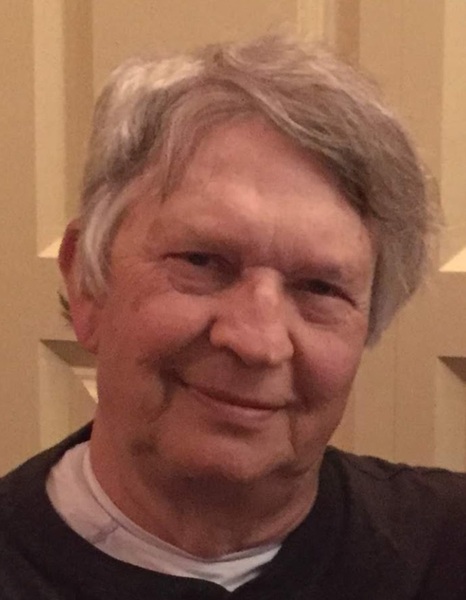