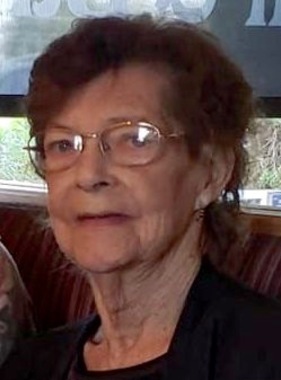 Back to Janet's story

She was a graduate of Mifflinburg High School.

Janet was a member of the Lighthouse Worship Center, Winfield.

She was preceded in death by one son, Rickey D. Wolfe.

Family and friends are invited to visit with the family from 10 to 11 a.m. Saturday, Dec. 14, at the Lighthouse Worship Center, Winfield, where the memorial service will be held at 11, with Pastor Harley Yoder officiating. A meal will follow.

Interment will be in the New Berlin Cemetery.

In lieu of flowers, memorial contributions in Janet`s memory may be sent to Breast Cancer Awareness.

Plant a tree in memory
of Janet

A place to share condolences and memories.
The guestbook expires on March 09, 2020.

Wanda Eisenhower
Oh Janet...l lived you so...if you only knew how much of a mentor you were to me.l always said...when l get old...l want to look just like Janet Wolfe...you carried yourself well...and were always so lady-like. I loved our conversations all throughout our Christian sisterhood together. You are now resting in the arms of our Lord and Saviour...and l know there is a reunion going on...with Don and Ricky.Rest In Peace my dear Sister...l 'll see you soon...be watching for me...coming through the Pearly Gates of Heaven...with a big hug.
View all