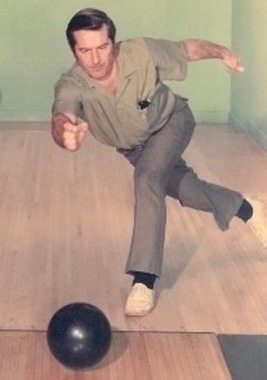 Back to Harvey's story

Harvey graduated from Williamsport High School and then proudly served his country in the Air Force during the Korean War. After returning from his military assignment in Alaska, Harvey attended Dickinson Seminary, now Lycoming College, and was employed by several different businesses as a highly skilled machine maintenance technician.
Harvey was a member of The Church of Jesus Christ of Latter-Day Saints since 1974 and was an avid genealogist. In his earlier years, he coached Little League baseball, and was most recently leader of a Boy Scout troop. In addition to his love for Jesus, he was passionate about bowling and excelled at it, rolling an 813 series that included a 300 game in 1968. He was inducted into the Lycoming County USBC Bowling Assn's Hall of Fame in 1999. He took up golf in retirement and eventually scored in the mid 80s. Above all, he was a doer - selfless, amusing, always with a story - and he never met a stranger.

Harvey is survived by seven children, Judy Holmes, of Reston, Va.; Holly Binderup, of Manheim; Michael Tressler, of Danbury, Conn.; Laura Kirkland and Keri Walker, both of Williamsport; Mary Catherine York, of Broomfield, Colo.; and Gretchen Xayachack, of N. Chesterfield, Va.; one brother, Andy Tressler, of Cogan Station; one sister, Patty Dunkleberger, of Williamsport; and 10 grandchildren.
He was predeceased in this life by his youngest daughter, Molly Tressler, and one grandson, Steven Walker.

A visitation for family and friends will be held from 10 to 11:30 a.m. Thursday at The Church of Jesus Christ of Latter-Day Saints, 2294 Ridge Road, Northumberland. A light luncheon will follow and then the funeral will be held at the church at 1 p.m. with Bishop Curtis Nicholls officiating.
Harvey will be laid to rest in the Reformed Cemetery in Aaronsburg.

In lieu of flowers, donations may be made to the church for the benefit of Boy Scout Troop #308 or Girls Camp, Harvey's favorite ministries.

Online condolences may be sent to the family at www.stevenrnefffuneralhome.com.
Published on December 3, 2016
To plant a tree in memory of Harvey W. Tressler Jr., please visit Tribute Store.

Plant a tree in memory
of Harvey

A place to share condolences and memories.
The guestbook expires on March 03, 2017.