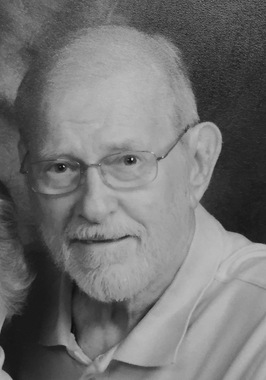 Back to Gary's story

Gary Lee Sanner, 83, of Middleburg, went to be with his Lord and Savior on Saturday, Nov. 30, 2019, at his home surrounded by family.
He was born June 10, 1936, in New Castle, a son of the late Dr. John H. Boyd and Sally K. Lusk. He was married to the love of his life, Theda Jane (Eppley) Sanner, for 57 years and together they created a beautiful family. Their hearts and home were always welcoming to all who entered. It was a perfect harmony right down to the matching sweaters.

Gary was a compassionate man whose FAITH and family came first above anything. His last wishes to his family were for them to love each other and continue to bring others to the Lord Jesus Christ.

Gary proudly served in the Air Force as an Aircraft Missile Electrical Repairman and was honorably discharged after six years of service. His commendations included two Good Conduct Medals and the Air Force Longevity Service Award.
Gary worked as a computer programmer/AV specialist for 30 years with Burroughs Corporation / Unisys. Following his retirement he moved to Snyder County and served as a member of Hummel's United Methodist Church for 18 years. Prior to that he was a member of Hopewell United Methodist Church in Chester County. Gary also served with Gideon International where he spread the word of God by distributing bibles everywhere he went. Gary was a servant of the Lord in many different capacities of his life.

Gary enjoyed camping and boating with his family, scouting with his sons and their troop, leading bible studies, volunteering for the food pantry, working on and fixing cars and his Farmall tractor, and running the sound and lighting systems for the Passion Play.

A visitation will be held at from 6 to 8 p.m. Thursday, Dec. 5, and from 10 to 11 a.m. Friday, Dec. 6, followed by the funeral at 11, at Hummel's United Methodist Church, 247 Sassafras Road, Middleburg, with Pastor Carvel May officiating.
Burial with military honors will be in the adjoining church cemetery.
The family would prefer contributions in memory of Gary be sent to Gideons International or Hummel's United Methodist Church Building Fund.

Plant a tree in memory
of Gary

A place to share condolences and memories.
The guestbook expires on February 29, 2020.

Love ya & god bless you and your family
Jane & James Donohue
Remembering your visit to Montreal with Theda,John, Olwyn and little Kristen. Please accept our sincere condolences for your loss.
From Canfield Ohio

Pretty Please was purchased for the family of Gary Lee Sanner by From Canfield Ohio.  Send flowers

Beautiful in Blue was purchased for the family of Gary Lee Sanner by Jean & Roger Herman.  Send flowers

So proud to have been able to call him our Grandpa. Not many people are blessed with being able to have as many memories with their grandparents for so many years. My condolences to Theda my amazing grandmother and Gary’s beautiful bride of many years. He may be gone in a physical sense but he is still here with us in spirit. May you always feel his presence in everything you do until you are reunited in the future. We love and support everyone who was lucky enough to know such a great man. Grandpa has his arms wrapped around you tight protecting you as you heal Grandma.

Art and Dot
Thinking of you and your family at this difficult time. Remembering our fun times together, starting with the Salt Pie.
Jean Herman
Continue to spread the love of God as a tribute to Mr. Sanner. His legacy is an inheritance to all who knew and loved him. Mr. Sanner will continue to live as we all spread the love and Good News of Jesus Christ. Unfortunately, I did not know Gary Sanner, but I know Laura, his daughter, and one of his greatest inspirations of letting her father's love shine through her own life. Laura is an inspiration to all who knows her, and this love of others is surely handed down from her father. The peace of God be with all the family and friends who mourn the absence of their beloved husband, father, grandfather and friend. May Mr. Sanner's love shine forever more through the love of his Savior ...and Lord whom now he is resting in. He has reached his destiny. Glory to God in the highest, and peace to all of us who remain to do God's will. Let your love shine!Read more
John Mull
I have fond memories of Gary as a smiling and devoted father, husband, and man of God during my time growing up in Hopewell Methodist Church. I’m grateful for the example he set for me and many others. Sending loving thoughts to your whole family and lifting you up in prayer.
Pamalee Graham
Dear Theda and family. A truly great man will be missed. His legacy will live on with his family. Sending lots of hugs and prayers
Barb & Nelson Vessey
To: John and Olwyn,
Please accept our sincere condolences for your loss. It is difficult to let go, as we lose our parents, so constant


in our lives. Although, it is the way it was meant to happen, our parents go first, before we do! Such facts don’t ease the pain when their time comes. Please accept our heartfelt prayers, it is a sad time for our families and friends as well. We will keep you in our prayers and sincerely hope that you have a time enough to say good bye! Our thoughts and prayers will be with you and yours, as you go through your time of sadness.