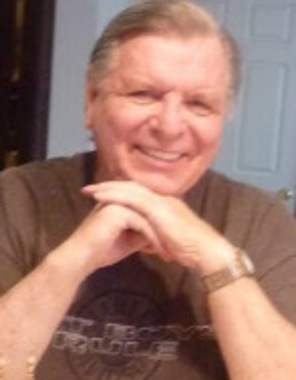 Back to Gary's story

Gary was a 1963 graduate of Lewisburg High School. Following high school, he served in the National Guard.
In the early 1970s, he began running Kratzer Oil Company Inc., Sunbury with his father. Gary loved his job and would go on to run and share the love of his company with his son, Craig, and grandson, Zachary.
Gary was a member of the Masonic Lodge 022, Sunbury.
He enjoyed his 1957 Chevy that his son bought him and watching baseball. Most importantly, Gary cherished spending time with his family, especially his grandchildren.

Surviving in addition to his wife are one daughter, Michelle Kratzer, of Milton; two grandchildren, Zachary A. Kratzer of Northumberland and Sabrina J. Kratzer of Milton; one brother, Steven Craig Kratzer and his wife, Andrea, of Lewisburg; and a niece, Allison Kratzer Ellis and her husband, Joshua Ellis and their son, Wiley, all of Philadelphia.

In addition to his parents, he was predeceased by one son, Craig A. Kratzer; and one brother, Dennis Kratzer.

Friends will be received from 4 to 7 p.m. Sunday, Jan. 26, at Cronrath-Grenoble Funeral Home, South Second and St. Louis streets, Lewisburg, where a Masonic service will be held at 7.
Burial will be held privately at the convenience of the family in Milton Cemetery.

The family will provide the flowers and suggest contribution's in Gary's memory may be made to the American Parkinson Disease Association 135 Parkinson Avenue Staten Island, NY 10305 or online at https://www.apdaparkinson.org/get-involved/memorial-and-tribute-gifts/

Expressions of sympathy may be shared at www.cronrathgrenoblefuneralhome.com.
Published on January 22, 2020
To plant a tree in memory of Gary G. Kratzer, please visit Tribute Store.

Plant a tree in memory
of Gary

A place to share condolences and memories.
The guestbook expires on April 21, 2020.

Marcia & Dan Hoffman
We offer our sympathy in the passing of Steve's brother, Gary. May your family memories provide you with comfort in the days ahead.
Marlene Seal
I never had the privilege of meeting Gary,but I have been told what an awesome person he was,Mrs Kratzer and family I am sincerely sorry for your loss
Mary Brouse and family
We are truly sorry for your loss. Prayers are being sent for all. May he R.I.P.

Sincerely, The Greg Brouse Family
Shawn Savidge
I'm sorry to hear of Gary's passing. I worked for Gary in the early 2000's, and always appreciated the way he took care of his employees. I know he will be missed. God Bless.
Randy and Sue Kerstetter
Sorry for your loss Georgine ,Michelle and Steve.
Craig & Jinny Rhoads
So sorry for your loss. He will be greatly missed. May your family have peace knowing he is rejoicing with family in heaven. Prayers for you all. Big hugs!
Tobie
There were too many good times with you guys to count. Thank you for being such a wonderful, important part of my life. I was lucky and blessed to know you Gary, love you, you'll be so very missed.
Wendy Bower and family

I am so sorry for your loss, he was a very kind and loving man. I remember working for him. May he watch over you all as him and Craig are together protecting their families from above.

John Powell
Sad to hear that Butch crossed the River. My sincere sympathies are with his family. Butch was one of the North. side guys and I have a million memories of our times together. From playing monopoly together when we were kids, to my wedding in 1969, and everything in between. You will be missed by many, many friends. Rest in peace my good friend.
Margaret Coombe
May you rest in peace.
Jane
Rest in peace Gary,I,have many memories i will cherish,,
View all