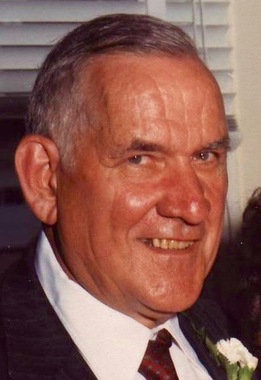 Back to Frank's story

Frank R. "Sam" Chesney, 92, of Chestnut Street, Kulpmont, passed away Feb. 13, 2020, at Nursing and Rehabilitation at the Mansion, Sunbury, surrounded by his family.

Frank was a 1944 graduate of Kulpmont High School. He worked the majority of his career as a pipe fitter for the Local Union 520 of Harrisburg.

Frank proudly served his country as a Staff Sergeant in the United States Army from 1945-1947.

He was a member of the Church of the Holy Angels, previously St. Casimir's Church, West End Fire Company, Kulpmont American Legion 231, Kulpmont VFW, and the Holy Name Society.

He was an avid Philadelphia Phillies fan who never missed a game on TV. "Sam", as he was well known, was a loving and caring family man. A friend to many in Kulpmont where he lived his entire life. He was active in his community and in his younger days coached CYO basketball for all four of his sons. He never missed any of their sporting events or school activities. He was also involved in the picnic planning at the former St. Casimir's Church and a member of The Holy Name Society. He served as Kulpmont Borough Secretary for well over 30 years at various times throughout his life. His love of his faith and family were the foundation of his life.

Send flowers
in memory of Frank