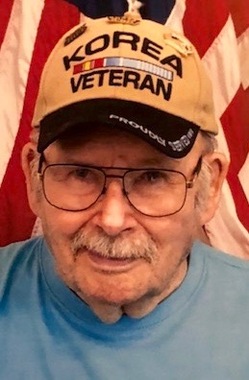 Back to Eugene's story

He was born April 21, 1931, in Selinsgrove, Pa., a son of the late Russell and Janet (Sober) Leitner. He was married to the former Geraldine Bruce who preceded him in death in 2000. In 2003 he married the former Ann M. Wheat who survives.

Gene attended Lewisburg High School and upon leaving high school joined the Air Force where he served for 9 1/2 years during the Korean War being discharged with the rank of Tech-Sgt.

He was a member of St. Paul's United Church of Christ, Selinsgrove, Free and Accepted Masons Lodge 194, Selinsgrove, and also the Williamsport Consistory and Shrine. He was a life member of V.F.W. Post 6631, Selinsgrove, where he served as adjutant, American Legion Post 44, Northumberland where he was past commander and president of the Home Association, and also a member of Disabled American Veterans Post 101 in Nokomis, and the Kratzerville, Hummels Wharf and Shamokin Dam fire companies.

Gene enjoyed his antique car collection as well as doing woodworking, making most of his household furniture.

He will be remembered for the sauerkraut he made which was second to none.

He was preceded in death by two sons-in-law, Bill Beasley and Michael Garringer.

A viewing will be held from 9 to 11 a.m. Saturday, Dec. 14, at the V.L. Seebold Funeral Home, 601 N. High St., Selinsgrove, with a Masonic memorial service at 11 a.m. followed by the funeral with the Rev. Ricky Phillips officiating.

Burial with military honors will be in Erdley's Church Cemetery, Middleburg.

Contributions to honor Gene's memory may be made to V.F.W. Post 6631, Selinsgrove or American Legion Post 44, Northumberland.
Published on December 9, 2019
To plant a tree in memory of Eugene R. Leitner, please visit Tribute Store.

Plant a tree in memory
of Eugene

A place to share condolences and memories.
The guestbook expires on March 08, 2020.

Fulwood & Linda Blackburn
Thinking of the special father of a special friend. I know you loved my best friend Bonnie with all your heart as I do also. RIP pop.
Bonnie leitner
I love you always. Im so glad that we have the memories. You were a fantastic dad.
Brian Snyder
Sorry for your loss. My father was a friend through the CB. Two Star
Tex Snyder
Sorry to hear of your loss. Gene and i were long time CB buddys.
Solitaryman!
Deb file knepp
Remember pop leitner so well will miss him so much sending prayers to the family
View all