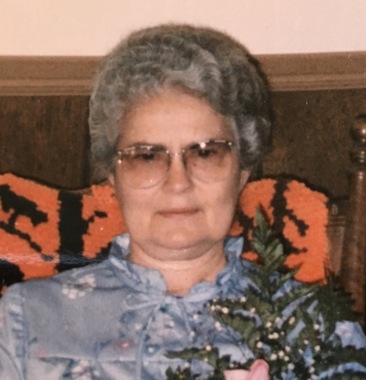 Back to Erma's story

Erma was a charter member of the Richfield Evangelical Methodist Church.
She and her husband served as missionaries in Arizona and New Mexico for 26 years.
Erma enjoyed sewing and was a great cook and baker. In later years, Erma's greatest joy came from her grand and great-grandchildren.

A viewing will be held from 12:30 to 2:30 p.m. Sunday, Nov. 10, at Beavertown God's Missionary Church, corner of Creek and Covered Bridge Roads, Middleburg, followed by the funeral at 2:30, with the Rev. Rob Dicken and Rev. Troy Shaffer, officiating.
Burial will be in Richfield Evangelical Methodist Church Cemetery.

Arrangements are by the Hummel Funeral Home, 574 Hill St., Middleburg.
Published on November 6, 2019
To plant a tree in memory of Erma I. Mowery, please visit Tribute Store.

Plant a tree in memory
of Erma

Restore the guestbook to view the 5 more posts by family and friends, and share a memory or message of condolence of your own.