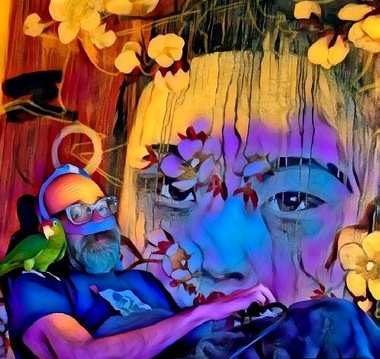 Back to Devin's story

For sure, the world is a little less bright with the passing of Devin Ward. On Dec. 17, 2019, he left this earth following a five-year long battle with Amyotrophic Lateral Sclerosis (ALS).

Devin was born on April 20, 1964, and was the son of Donna Mowrey Ward and the late Dr. H. Richard Ward. A graduate of Mifflinburg High School Class of 1982, he led the marching band in signature style, with his magic mace and explosive energy. Theatrically and musically gifted, Devin was selected for the prestigious Pennsylvania School of the Governing Arts for Theatre. Many from his hometown would also remember him as the charismatic lifeguard with the lemon juice inspired, blonde locks and sharp wit. After high school, he attended Bucknell University where he earned a Bachelor of Arts in German Literature.

With his exceptional German language skills in tow, he busted out of Central PA and migrated to Heidelberg, Germany where he taught German to U.S. military personnel. The move to Europe opened a whole new world for Devin, where he so passionately immersed himself into the local culture, people and history of each country that he visited. He was an avid, life-long traveler. And, everywhere he went he left a mark on the hearts and minds of anyone who experienced his presence.

After residing in Heidelberg for many years, Devin ventured to Japan. While there, he earned a Master's in International Studies from Sophia University. An already accomplished linguist in several languages, Devin also learned to speak and write Japanese.

Over the course of several summer breaks from teaching in Japan, Devin visited dozens of beautiful places across the U.S. in pursuit of the perfect location that he could call home. He landed on the Central Coast of California where he spent the remainder of his life in his own version of paradise. Surrounded by the Central Coast's immense beauty, his exotic birds, tropical plants and a plethora of dear and colorful friends, Devin had finally found his home. While there, he taught second grade at Santa Maria-Bonita School District.

Following his diagnosis, Devin became a fierce advocate for ALS awareness and research. With scores of devoted friends and family by his side, he raised nearly $100,000 for the ALS Association Golden West Chapter.

For those that wish to honor Devin, donations may be made in his memory to the ALS Association, Golden West Chapter at PO Box 565, Agoura Hills, CA 91376 or at info@alsagoldenwest.org.

"I see your true colors shining through

I see your true colors and that's why I love you.

So don't be afraid to let them show. Your true colors, true colors are beautiful like a rainbow."

Plant a tree in memory
of Devin

A place to share condolences and memories.
The guestbook expires on April 10, 2020.

Christopher reilly
I'm still fighting. Love an miss you dearly friend. I had to leave social media for clarity. See you on other side friend.
Michael W Hopson
I met Devin in Heidelberg. We had great times, even when we once took the wrong train that left us at (end of the line) stranded in a snowstorm for 3 hours. We always made fun living in the universe.
Mac McKay
A beautiful obituary of a beautiful person. I wish I had known him, but I can get a glimpse of who he was through knowing his intelligent and caring sister Danielle.
View all 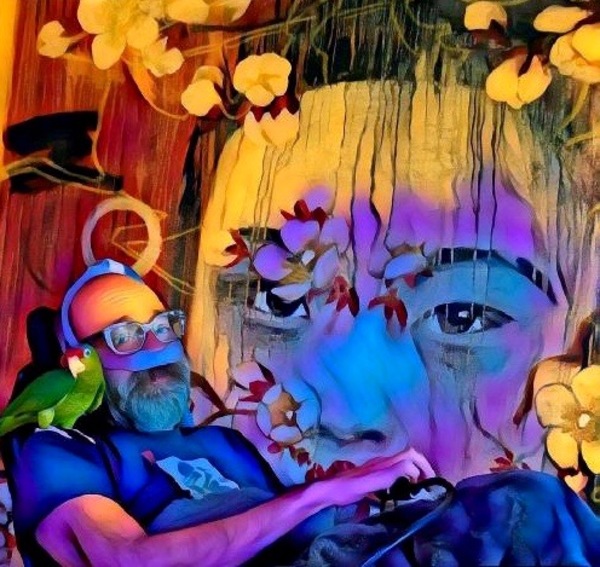