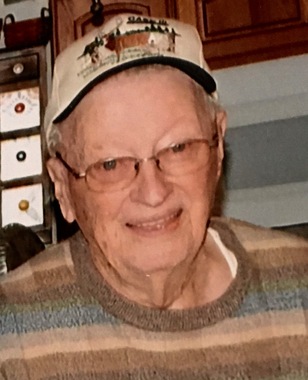 Back to Dale's story

Dale C. Bingaman, 92, of rural Beavertown, passed away late Saturday evening, March 21, 2020, at his home.
He was born April 7, 1927, in Adams Township, in the same home he lived his entire life in and died in. He was the son of the late Jossie and Carrie Arnold Bingaman. On Feb. 23, 1957, he married the former Geraldine M. "Gerry" Seebold who survives.
Dale was a farmer and had also worked at Leroy Roofing, PennDOT, and served as an Adams Township Supervisor.
He was a member of Messiah Lutheran Church, Troxelville, the Union County Sportsmen's Club, and the Modock Hunting Camp. He served as a Snyder County Republican Committee man for more than 50 years.
Earlier in his life he was an avid hunter and played fast pitch ball for different area teams. He was a great fan of the Philadelphia Phillies and Kansas City Chiefs. Dale found pleasure in visiting friends and neighbors and attending auctions.
In addition to his wife of 63 years, he is survived by two sons, Wayne Bingaman and Alan Bingaman, both of Beavertown; one granddaughter and her husband, Angela and Jesse Smith of Middleburg.
He was preceded in death by one half brother, Guy Bingaman.
Private burial will be in Troxelville Union Cemetery with the Rev. Rick White officiting.

A memorial service will be announced at a later date.

Contributions to honor Dale's memory may be made to Messiah Lutheran Church, Troxelville.

Plant a tree in memory
of Dale

A place to share condolences and memories.
The guestbook expires on June 20, 2020.

MarcelTassin
My condolences. Here on earth Dale will be missed but I look forward to hearing new stories next time I see him
LInda and John
Life is but a stopping place,
A pause in what's to be,
A resting place along the road, to sweet eternity.
We all have different journeys,
Different paths along the way,
We all were meant to learn some things, but never meant to stay...
Our destination is a place,
Far greater than we know.
For some the journey's quicker,
For some the journey's slow.
And when the journey finally ends,
We'll claim a great reward,
And find an everlasting peace,
Together with the LORD
Bob Steinberg
We'll miss Dale. Stay safe and healthy on Moyer Rd.
Steve Bottiger
Dale and Gerry are my neighbors for 30 years. We will miss that smile and the history of Adams Twp. Dale was a good Republican and hunter. I will miss him. May God Bless and keep you my friend.
Robert L. Seebold Sr. Family
Sending our sincere sympathy.
James Mattern
A hunder of the modoc but the dust 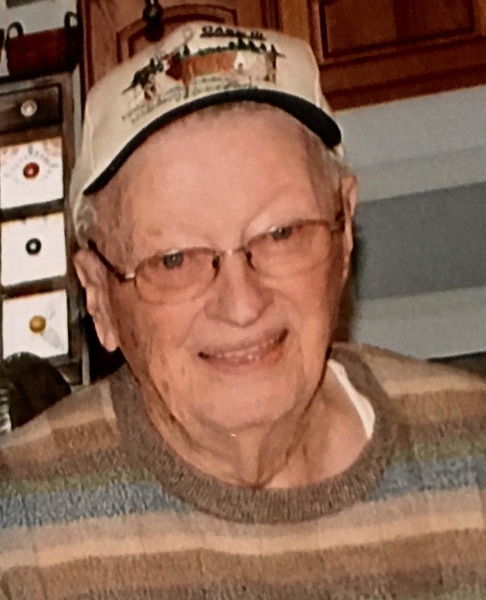