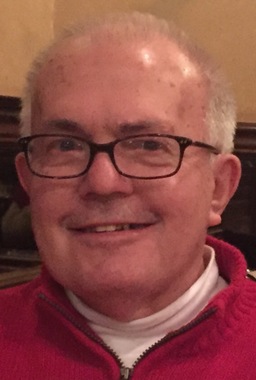 Back to Charles's story

Charlie was a graduate of Sunbury High School Class of 1961, where he played football, basketball and baseball.

After graduation he began to work for Paulsen Wire Rope, Sunbury, as a bookkeeper/customer service representative. Charlie also began a long illustrious career as a PIAA football and basketball official. He had the opportunity to officiate multiple state championship games and was well known in the surrounding area for his officiating knowledge.

Charlie was a long time member of Wesley United Methodist Church, Selinsgrove, sang in the choir, was a leader of youth fellowship, and served on various committees.

He was preceded in death by one sister, Susan K. Moll in infancy; his brothers-in-law, Dale R. Walters and Richard D. Herrold; and his father and mother-in-law, Dewey S. and Lucile I. Herrold.

Friends and family will be received from 9:30 to 11 a.m. Saturday, Dec. 7, at Wesley United Methodist Church, 300 Rhoades Ave., Selinsgrove, followed by a memorial service at 11, with the Rev. Dr. Barbara Yorks officiating.
Burial will be private in Northumberland Memorial Park, Stonington.

Plant a tree in memory
of Charles

A place to share condolences and memories.
The guestbook expires on March 03, 2020.

Kevin & Carla Beck
Many, many, fond memories working with Charlie at Paulsen Wire Rope not to mention being neighbors while living in Selinsgrove. What a true gentleman. Betsy and family, know that Carla and I send our thoughts and prayers.
Michele & Sheldon Walter
We are sorry for your loss. Praying for your family to feel God’s presence & comfort.
Patty Cobler
I have so many happy memories of one of my fellow Parkies
Becky McCartney
Sorry for your loss. Thinking of all of you and hoping you remember all the fond memories you had that will live on forever!
David and Jean Norris
We are saddened to learn of the death of "Butch," and are holding Betsy and the family in our prayers. We enjoyed the years we were privileged to live in Selinsgrove and work together with the family.
Donald C Keefer
Charlie was a true gentleman and a GREAT Official. He helped many young officials during his officiating career. My thoughts and prayers are with the family in their time of sorry.
Fran Hummel sorry for your loss. Sending prayers for the family . R IP
Jamie & Lindsay Zacharda and Bobby & Amy Veach