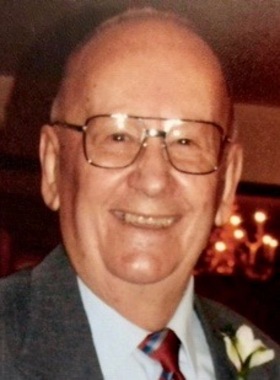 Back to Bobby's story

Bobby was the last surviving member of the Class of 1945 at Middleburg High School.

He was a veteran of World War II serving in the Army in the European Theater. Bobby had been employed at Philco Ford and retired in 1989 after 38 years of service with Wood-Mode.

He was a member of Emmanuel Lutheran Church, Middleburg, the American Legion and V.F.W. Post, both of Middleburg, and had served on their military honor guard. He was also a member of the Reliance Hose Company, Middleburg.

He found pleasure in mowing his grass, hunting, and especially farming.

He was preceded in death by a brother, Sheldon Ritter.

A viewing will be held from 9:30 to 11 a.m. Friday, Dec. 13, at the Hummel Funeral Home, 574 Hill St., Middleburg, followed by the funeral at 11 a.m. with pastors Benjamin Scholl and Bob Klingerman officiating.

Burial with military honors by the Middlewest Veteran Honor Guard will be in Glendale Cemetery, Middleburg.

Contributions may be made in Bobby's memory to Zion United Methodist Church, 1366 Zion Road, Middleburg, PA 17842.
Published on December 10, 2019
To plant a tree in memory of Bobby J. Ritter, please visit Tribute Store.

Plant a tree in memory
of Bobby

A place to share condolences and memories.
The guestbook expires on March 09, 2020.

Pam Fisher Yerger
I am so sorry for your loss. I remember Bobby as a kind and loving family man of few words. The days spent visiting you on the farm are truly some of my happiest childhood memories. Please find comfort knowing he was loved by many.
View all