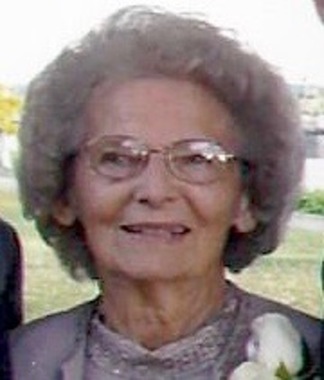 Aretta was born March 22, 1926, a daughter of the late Clark and Jennie (Boyer) Sierer. Aretta's parents operated a fruit orchard in Mount Pleasant Mills. Aretta often spoke about her work in the orchard during her youth. After she graduated from Freeburg High School, she continued to be involved in the family business. During this time, she met her husband, Herbert Apple. They married on Dec. 17, 1950. Aretta and her husband began running the family business, which expanded over the years and was later named A/A Orchards. Herb preceded her in death on July 30, 2005, breaking a marital union of 55 years.

Herb and Aretta had two children, Kay and her husband Gary Leitzel, and Phillip Apple who passed away in 2010. They also had five grandchildren and their spouses, Andrew and Janna Leitzel of Colorado Springs, Colo., Michael and Anna Leitzel of Winfield, Stephanie and Andrew Zechman of Mount Pleasant Mills, Danielle and Craig McMahan of St. Petersburg, Fla., and Michelle and Douglas Walker of Port Orange, Fla.; and five great-grandchildren.

Aretta was a devoted grandmother. She was always available to step in whenever she was needed. Her grandchildren were very blessed to have the nurturing and quality time that she and her husband provided.

When Aretta and her husband were not working or enjoying their grandchildren, they spent time traveling. Over the years they visited Hawaii, Israel, Germany, Alaska, and went on numerous cruises. Aretta also enjoyed keeping a meticulous lawn and tending her landscaping.

Aretta is a member of Richfield Life Ministries Church. While she was able, Aretta enjoyed attending Sunday Worship in Grayson View's Grace Chapel, as well as other inspirational services that were offered.

The family would like to thank the Memory Care staff at Grayson View for all the care and support they gave to Aretta and her family.

At Aretta's request, funeral services will be private.

Aretta will be buried beside her husband in St. John Lutheran & Reformed Cemetery, Mount Pleasant Mills.

The George P. Garman Funeral Homes, Inc., 9366 Route 35, Mount Pleasant Mills, have been entrusted with the arrangements.
Published on February 14, 2020
To send flowers to the family of Aretta Apple, please visit Tribute Store.

Send flowers
in memory of Aretta